This will eventually be a list of all the test equipment and tools I use / have used, reviews, and recomendations. 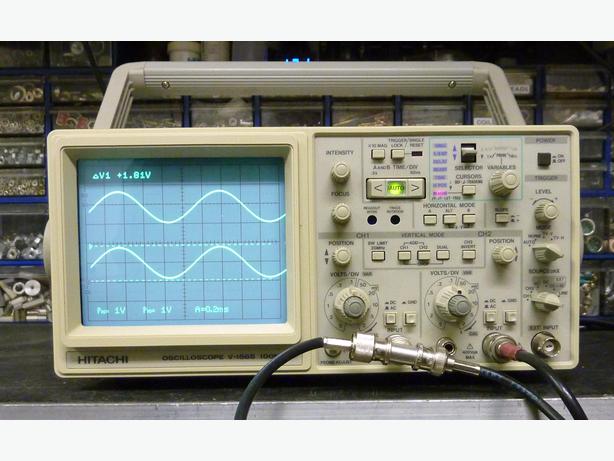 As stated, this is an analog oscilloscope. Compared to newer digital oscilloscopes it has major limitations which I wrote about in this post.
I bought this thing on eBay for about $150, although prices vary. As a first scope, I do not regret the purchase, however an analog scope is simply not as useful as a digital oscilloscope (DSO) for glitch capture or debugging serial signals. By DSO, I do not mean the cheap 5 Mhz model you might find for $50 on eBay. I mean at least a Rigol/Owon/Siglent, but preferably an Agilent/Lecroy/Tektronix. A new entry level 50-100 Mhz (chinese) DSO will run you ~$300-400, and the good Agilents (2000X series and up) start around $1000.
Old HP DSOs are well respected. For instance the HP 54645A can be found on eBay pretty easily for $250, if you’re lucky, maybe $100-150 shipped. This example only has 20 Mhz bandwidth (200 Msa/s), but as the Arduino UNO only runs at 16 Mhz, and many serial protocols at a fraction of that, I would consider it a safe beginner’s purchase. The benefit of getting this old test equipment is that you’re getting equipment that was the top of the industry in terms of low noise, fast memory, display resolution, etc – 20 years ago, yet performs just as well now, for a fraction of the price of new equipment with similar build quality. 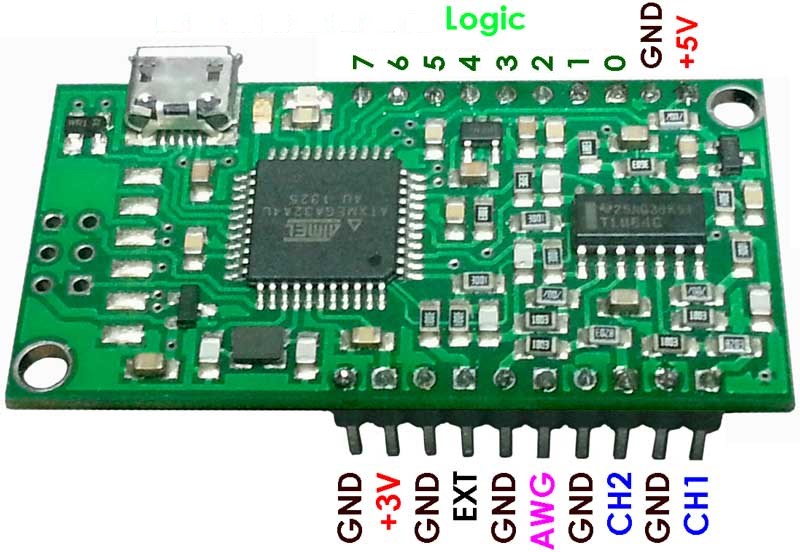 A reduced price version of the quite impressive Xmega-Xprotolab, this tiny little oscilloscope is well worth its $20 price tag. Compared to good digital scopes, its 200 kHz bandwidth and 1K sample memory are laughable. However, I didn’t buy this for debugging high speed digital circuits, I just need something to monitor pins on microcontrollers and for audio circuits. The real value to this product is not so much in its performance as an oscilloscope so much as the sheer number of features it crams into the tiny board. The software supports all major platforms, and offers many of the triggering features found on $300+ oscilloscopes. It can also act as a voltmeter, low frequency waveform generator (standard waves + custom), and integrates protocol sniffers on the digital channels for UART, SPI, and I2C. I’m not sure the addition of a display is worth the $30 premium of the regular Xprotolab, but this tiny board is definitely worth consideration for any hobbyist’s toolkit. 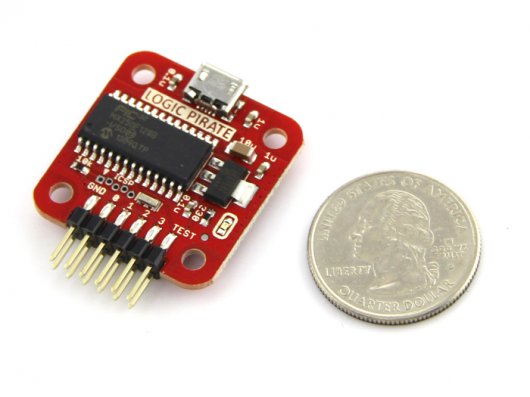 In a pinch, the $30 Logic Pirate will suffice, and has saved me several times from bugs that might otherwise have been nearly impossible to discover. The software client, OLS, is effective if not intuitive. Dangerous Prototypes makes a more powerful version called the Open Workbench Logic Sniffer with more channels, powerful triggering, but unfortunately, a very short sample memory. Because of the short memory, I’d probably skip it. If you want a solid, dependable piece of hardware with an intuitive software client, I would go with the Saleae series of logic analyzers. The base 4-channel model is just over $100, but for that you get impressive software, professional grade construction, long memory (if the sample rate is low enough, you’re limited only by the amount of RAM in the computer) and a low bandwidth analog channel. 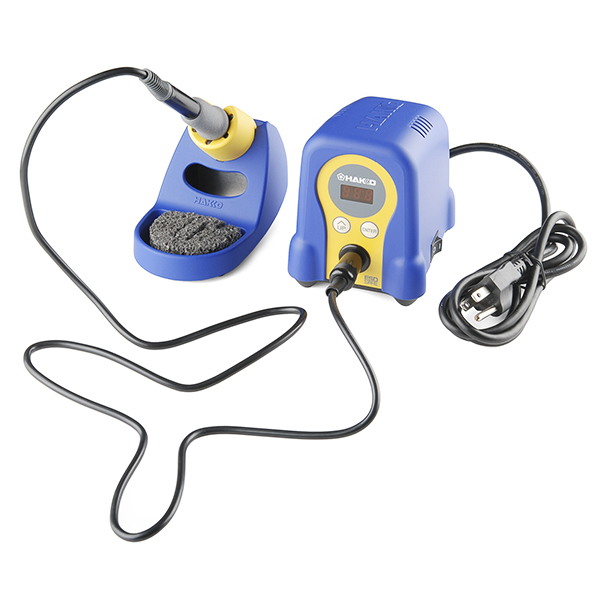 There are several cordless irons on the market. The two main categories are butane-powered and battery-powered. This one will take any set of AA size batteries which at the time of writing limits you to either 1.5V alkaline or 1.2V NiMH. The soldering iron itself will run you about $30 plus another $10-15 for good rechargeable batteries. Beware, compared to soldering stations, available power is very limited (~6 watts) which means that the heating element will not be able to keep up with anything more than small surfaces (pins, thin wire joins, etc).
Edit: I performed a small test with NiMH batteries. The iron got hot enough to melt lead-free solder in 30-40 seconds. I then proceeded to solder a joint between two pieces of 22 AWG wire each about an inch long. It took no longer than my other soldering iron to heat up the joint and get the solder to flow. I still would avoid it for large connectors any anything below maybe 18 AWG wire, but will be sufficient for most of my needs.