For this assignment, I designed a flyer to explain a concept or theory from my major. This was part of a few assignments which focused on maximizing use of visual elements over words alone. I settled on “Reynolds Transport Theory” (RTT) from Fluid Dynamics. RTT describes how a system changes over time based on changes within a volume and flow into and out of it.
Show OverviewHide Overview

Elements of visual rhetoric – in this case Alignment, Color, and Emphasis – contribute to the relation of the formulaic math to the pictorial version.

I found it challenging to represent the formula in a form the public may understand – and I don’t think I’m quite there yet. The use of N is too abstract. There are too many colors. I know what I’m looking at, but it could be a bit overwhelming for someone else.

On the other hand, I think the idea of grouping related content by colored border is effective.

I could have used fewer words, but the concept does not exactly lend itself to being explained with pictures if one does not know what the picture is supposed to be showing. To be fair, most formulas are only meaningful when one is aware of the context of their use. 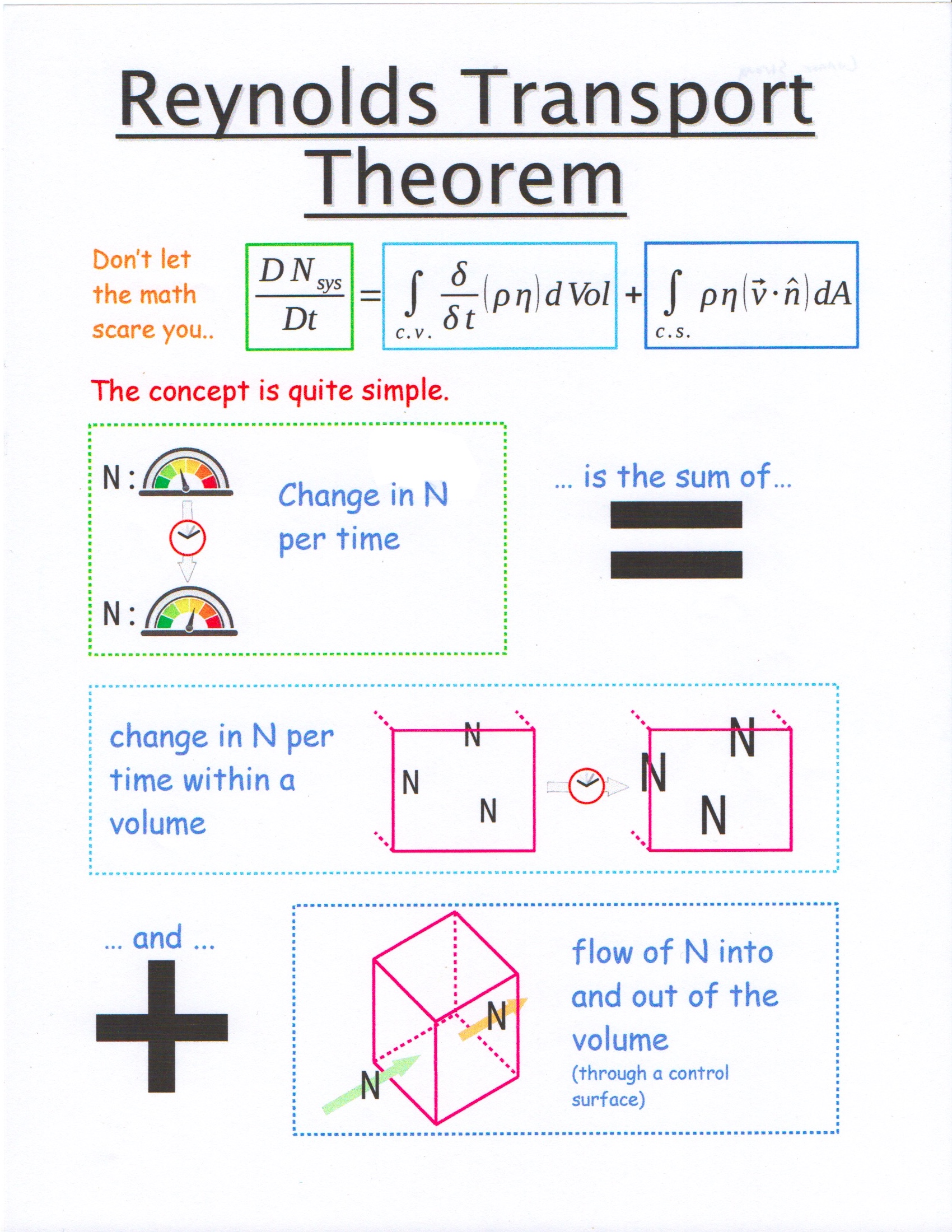 Initially I chose to cover manufacturing processes as those have many visually impressive elements, but as Professor Justice informed me, those aren’t really a “concept or theory”. I included a picture of the original below for fun. 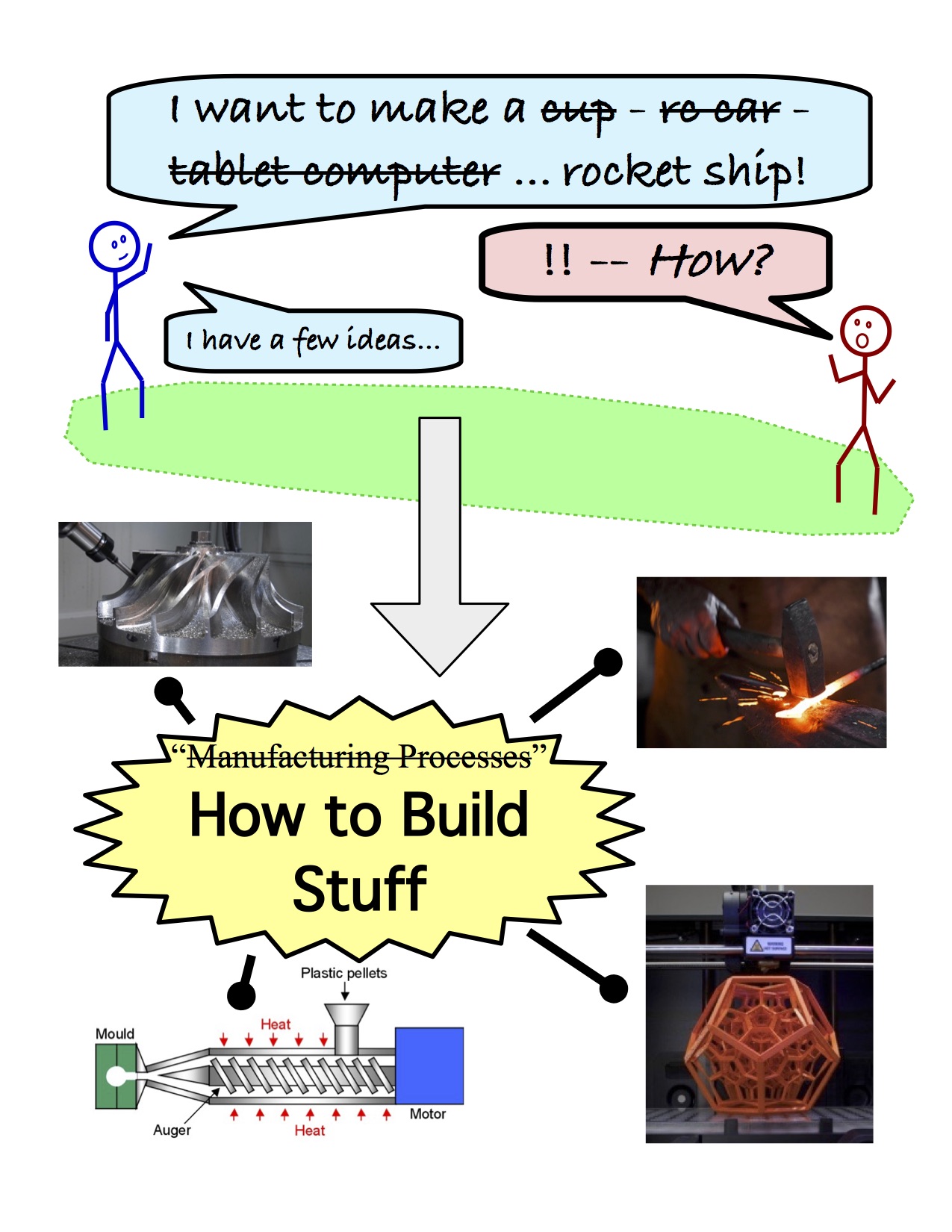