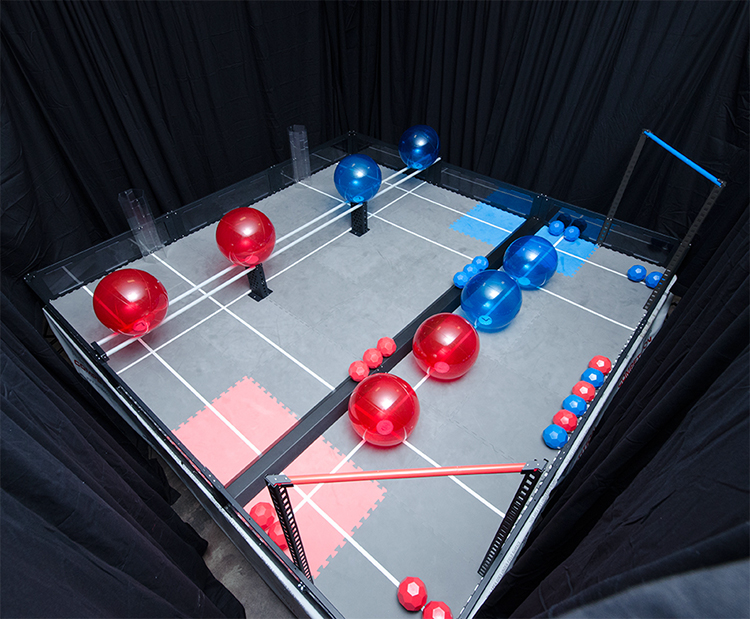 This year’s game is played on a 12′ by 12′ foam tile field. There are two alliances (red and blue) with two robots each. Each alliance places their robots on the appropriately colored square at the beginning of the match. A 15 second autonomous period is then followed by a 1 min and 45 seconds driver-controlled or “tele-op” period. 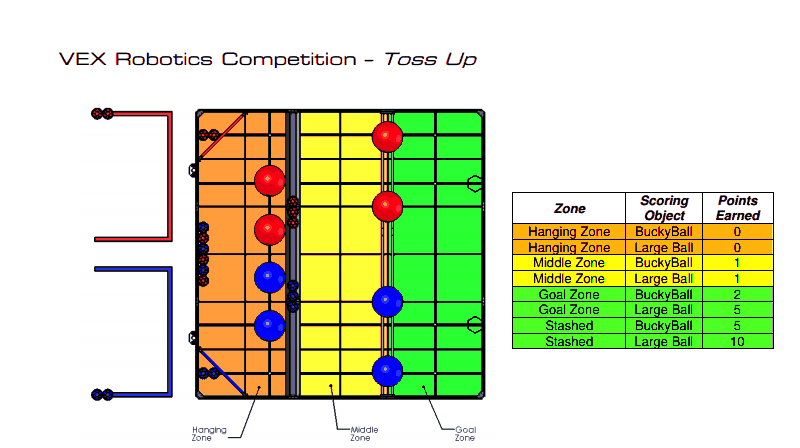 The last way to score is by hanging. There are several variations of a hang, as shown below: 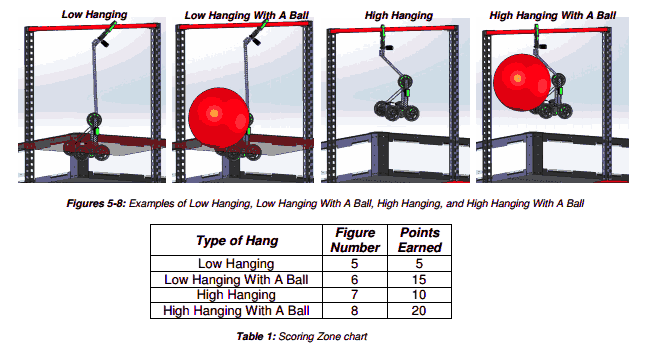 To begin the match a robot must fit within an 18″x18″x18″ cube, although it can expand during autonomous to be as large as the team wants. In addition, the rigid height can not be greater than 12″ to fit under the barrier. The drivetrain must also have at least 2″ of clearance to go over the bump. The top edges of the Stashes are at 24″. To reach the Hanging bar, a robot must be able to extend or hook something at the height of 40″. Here’s a PDF with the complete field and game elements specification for Toss Up: VEX Toss Up- Field Specs

A perfect robot would be lightweight, fast, able to hang with a Large ball, go over the bump, under the barrier, and score Buckyballs and Large balls in the Stashes.